The story of Mavis Nye and mesothelioma – a rare disease 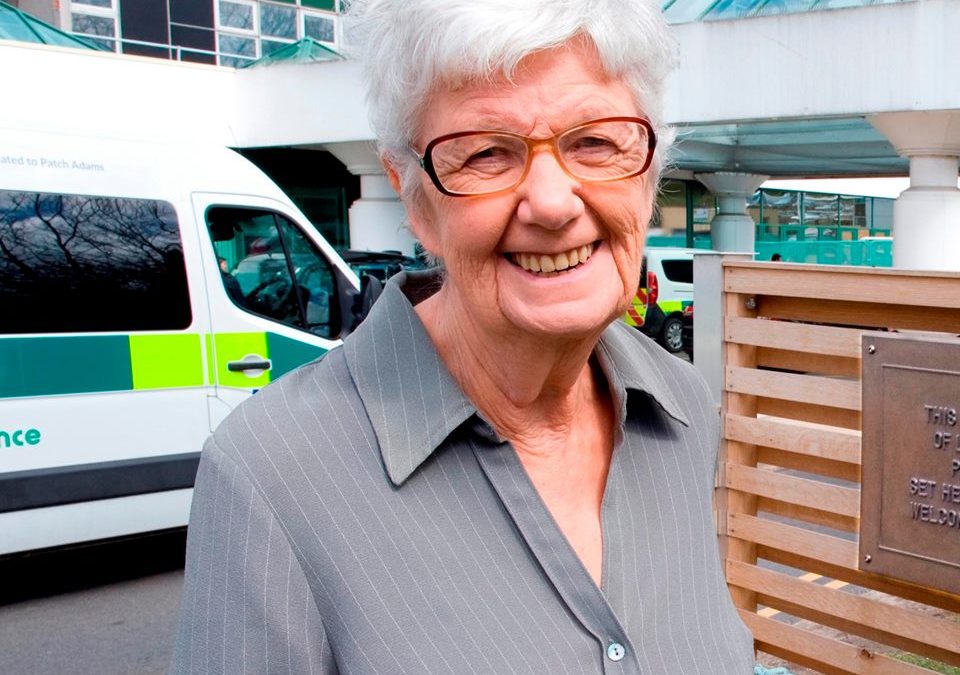 The story of Mavis Nye and mesothelioma – a rare disease

I am often asked the question how I feel knowing that I have given my wife a death sentence. That question sounds ominous, but refers to the fact that I probably have. I am guilty of giving Mavis mesothelioma. It is a terminal cancer. caused only by contact with asbestos.

To give a brief summary of how this came about we need to step back in time. For me it all began in 1953. I became an apprentice at Her Majesty’s Royal Dockyard in Chatham. My father was so proud that I had passed the entrance exam and had been offered an apprenticeship. Stay in the dockyard he often told me. Its regular and a job for life. At aged 15, what did I know?

Roughly four years into my five-year apprenticeship the most wonderful thing ever to enter my life was about to happen. I met and fell in love with Mavis.

I was just 19 and she was a couple of months short of 16. This was a relationship that has, to date, lasted 58 years with 55 of those married.

In the dockyard asbestos was used on the ships. It was required for safety reasons and naval ships were built around asbestos.

It was almost everywhere onboard ships. Almost all the inboard pipes were lagged with it. The boiler rooms could not function without it. It was everywhere. During refits and repair work, it was removed, then replaced. The waste asbestos was allowed to settle where it fell to be removed later by gangs of labourers. During its removal it created an inevitable dust cloud which one walked through constantly or simply worked amongst it.

Those poor labourers removing it would descend on board with their brooms and shovels and begin sweeping it into piles and shovelling it into buckets ready to be dumped ashore, usually beside the gangplanks or on the dockside.

It was piled up in heaps, left on barrows, dumped outside of workshops… No-one took any notice – it was part of everyday life working in the yard. No one told us to be careful or that it was dangerous.

When it came to break time and lunchtime this was almost exclusively spent on board ship where the air was permanently blown around creating a cloud of dust. The dust would settle on out outer clothes, on our overalls, in our hair and on our skin. There was no escaping it. When a sandwich or lunch box was opened it would settle on its contents, which we consumed, unaware because it was so fine it was barely visible.

At lunchtimes some of us who had transport would leave the dockyard. I at that time had a motorcycle and I often used it to visit Mavis for a few minutes before dashing back to work again. I would remove my overalls and dash out. This killer asbestos dust would be in our hair on our skin and inevitably on our clothes and was unwittingly, easily transferred from me to Mavis.

Once we were married, Mavis washed my clothes, increasing her exposure to the asbestos dust. This exposure continued for a further couple of years until I left the dockyard. But by that time she had already breathed in this deadly dust.

I had contaminated Mavis. I had laid the seeds of her later demise.

This is where my guilt began. This is where the, ‘if only’ and ‘what if’ questions started. If I had never worked in the dockyard, would she be free of it now? If we had been told of its dangers, would I have chosen to leave the yard? If Mavis had never met me, would she be ok today?

So, to answer the initial question, how do I feel about the fact that it was me who has given her this sentence? Gutted, destroyed, sick and, yes, guilty.

Although the dock workers were ignorant of the far-reaching dangers of contact with asbestos, it was a proven a killer agent as far back as the early 1920s. But it was decided that it would be better for industry to simply pay-out those few compensations claims that were successful rather than the billions that would be lost if it was banned.

We had to wait 30 odd years before it was finally banned here in the UK in 1999.

Not much consolation for me. The damage was done.

It was over 40 years before the asbestos exposure hit home. It was 2009 when we received the devastating news that the one thing in all my life that I treasure and have protected all those years now only had a matter of weeks left.

The words ‘you have mesothelioma and it’s a terminal cancer. There is no cure, your prognosis is three months.’ cut so deep in my heart that I felt physically sick. My guilt mounted minute by minute. This feeling continued so heavy for several years.

Mavis and I have discussed this and agreed, at least in principle, that I should not feel guilty, that it was a government decision to play down this danger.

This doesn’t make the feeling go away. But I have come to terms with it. That does not mean I accept it. Shifting blame from me to them does not make it go away.

With all the pain and misery, I have put her through it’s no wonder I feel guilty. She never asked for it and she doesn’t deserve it. If there was any justice it should be me in her shoes.

The good news is in June 2014 we were offered a place on the MK3475 trial at the Royal Marsden which proved amazing.

Today, we are more than fortunate to have a place on a wonder drug trial. A year ago, after chemo and other treatment and trials Mavis had deteriorated to a point where getting about was only possible with the help of a Zimmer walking frame. She was unable to walk a few paces without falling over. She would burn or cut herself without feeling anything. Unable to breathe without pain. She slept a lot she was so tired, worn out by five years of chemo and trials, all of which only provided temporary respite. That chemo damage is set and we have to deal with that. However, it is a small price to pay to have arrived here six years after that first three months prognosis.

To date we did have complete response 2016 and 2 years freedom, there were very small amounts of thickening then 2020 and it has grown on the spine so now it is a watch and wait situation BUT despite the damage that has been done, she is alive and doing so well it’s amazing.

We hope this is a continuing trend. Long may it reign for her.  Never give up hope xx