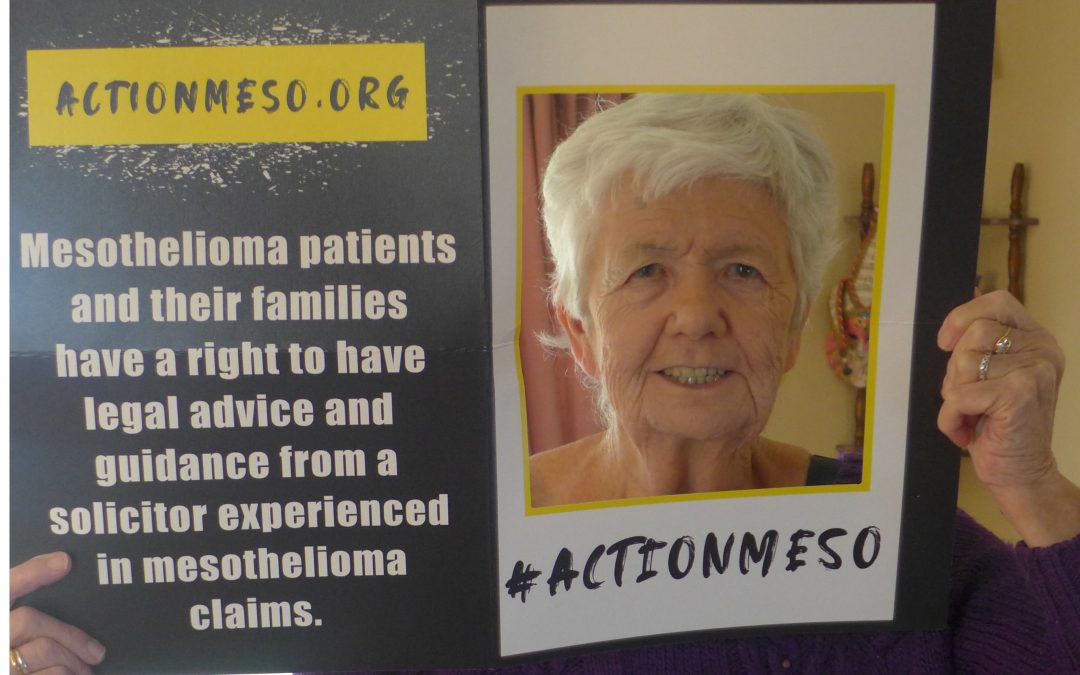 Asbestos campaign, ActionMeso is set to receive support from 13 law firms. The campaign, a project of the UK Mesothelioma Alliance, aims to raise awareness of the dangers of asbestos and the cancer called mesothelioma, which is caused by exposure to asbestos.

The UK has the world’s highest incidence of mesothelioma with around 2,700 people each year being diagnosed, often decades after exposure to asbestos.

ActionMeso brings together patients, carers, charities, support groups, healthcare professionals, law firms, and many other organisations under the same umbrella to make the public aware that asbestos remains a problem in the UK which must be addressed.

For the first time, 13 law firms have come together to support the #ActionMeso campaign by raising awareness of mesothelioma and asbestos, and helping to develop future campaigns and projects.

It is often mistakenly thought that because asbestos is banned in this country it is no longer a problem. However, it is still prevalent within many buildings, especially primary and secondary schools, colleges, and hospitals.

“We are absolutely delighted to have so many law firms backing the ActionMeso campaign. The support of law firms is vital for this campaign to help us raise awareness about the dangers of asbestos and mesothelioma. By joining forces and working together we are ready to reach out to more people and put a stop to this preventable disease.”

PAUL COOK ON BEHALF OF ACTIONMESO

ActionMeso has planned a series of activities to raise awareness of mesothelioma and the dangers of asbestos under the hashtag #ActionMeso.

The ActionMeso awareness campaigns will lead to major events, Action Mesothelioma Days (AMD), in 2021 and 2022 that aim to capture the public’s imagination and reach a significant number of people outside of the mesothelioma community.

As a starting point ActionMeso is inviting the public to subscribe to the website www.actionmeso.org where new information will be posted regularly, and to follow the campaign on social media.